When photographing a scene that is far reaching, by including a subject that is much closer to the camera, it creates a sense of depth and magnitude and captures the eye of the viewer as soon as they look at the image. The eye then moves into the background subjects.

In the feature image above the tree in the right of the field of canola below, grabs our attention even though it is not as interesting as the old house further away. This composition gives a sense of how isolated the old house was in the middle of the field, all alone with nothing else around it. It also reveals how small the house is in relation to the large field

The image above, was a sunset shot of the Manning River.  The empty glasses and drink bottle allowed the sunlit to shine through and portrayed an image of relaxation and beauty as the sun set. 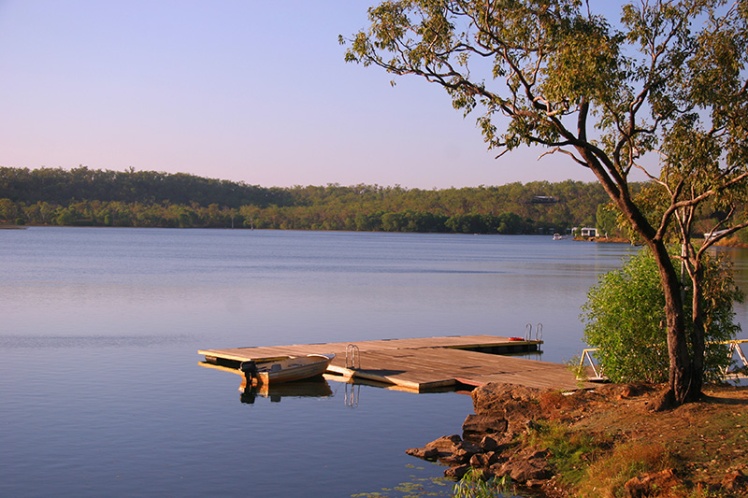 This little gazebo in Christchurch, New Zealand, (after all the earthquakes, I am not sure if it is still standing), is pretty, cute, in a beautiful setting, but it was on the other side of this creek, so I needed to find something to create interest in the front of the image. The Autumn leaves had been raked neatly into the garden on the edge of the creek, not only creating foreground interest, but also providing leading lines into the image. 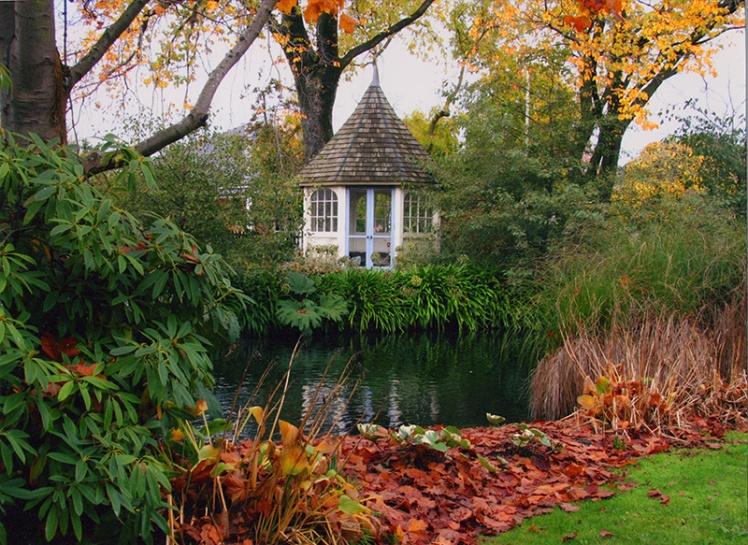 This field of canola, was quite a way off the road and there were wire fences, a gate and a very wide section of bare earth, not very pretty and I did not want them to be a feature in the image.  By including this lush grass in the foreground the eye travels from the grass to the stunning yellow field of canola and then to the sky, in essence jumping over the wire fences and gate.

The image below is of the Civic Precinct in Wagga, with Wollundry Lagoon and the Ampitheatre. To capture the beauty of the Lagoon and the old Bridge, I wanted a wide angle shot and by including the grass in the front of the image, I was able to include the reflections of the trees and it created a sense of space and magnitude to the image