We had driven into Longreach a couple of times and passing the Qantas Founders Museum on the entry to the town, it took our interest and went back to spend the  morning at this interesting part of Australian aviation history. 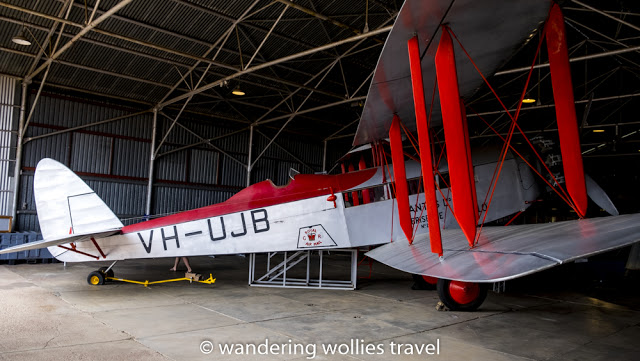 We took a tour of the original Qantas Hanger, which started with a dirt floor, and is now heritage listed. With original engines and machines, lathes and offices on display.
The Founders Museum was extremely interesting as the airline struggled for years to survive. Trying to attract customers and win contracts from private and government business. 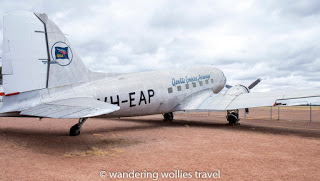 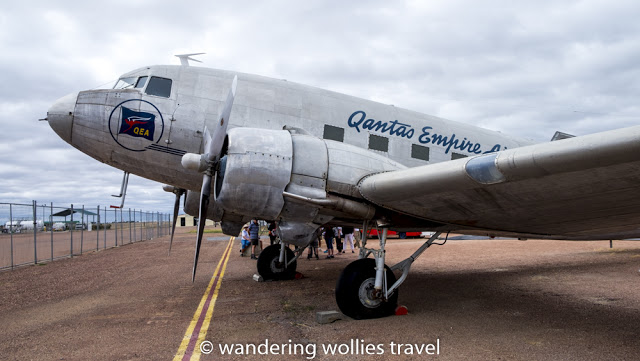 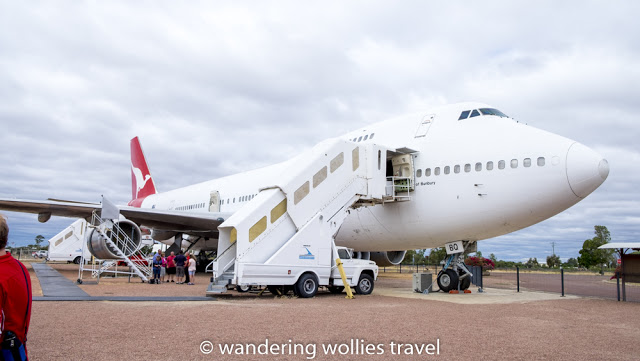 The 747 jet, is 3 stories high at the cockpit and 7 stories high at the tail. The engines on the wings are held in place by six bolts. In event of a crash, the engines shear off first on impact with the ground and fly away from the fusilage, leaving the plane to belly land without any heat source caused by the engines to cause an explosion and catch. The jet also has the ability to carry an extra engine to a break down, thus minimising down time as much as possible. 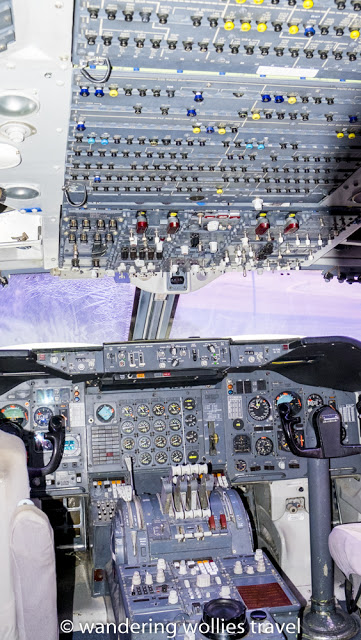 Inside the cockpit, with room for four pilots 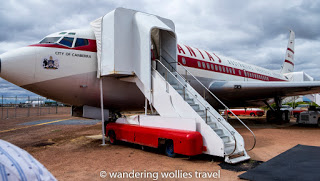 The Qantas 707 jet which had been fitted out with teak and walnut fittings, Waterford Crystal lamp bases, gold bathroom fittings, gold inlay in a wall sized map of Australia, with the intention of selling the aircraft to Saudi Arabian oil shieks. However, someone, made a huge error of judgement and fitted the aircraft with pig skin leather lounges and armchairs. Ooops.
The Saudi’s weren’t interested and didn’t buy the aircraft. There were no other buyers with the ready funds to purchase the purpose build 707 and being worth millions,  the builders went broke. 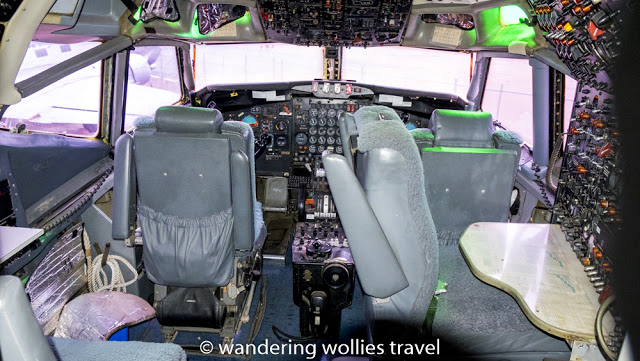 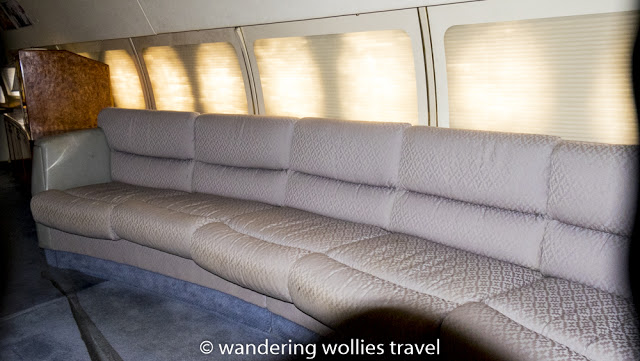 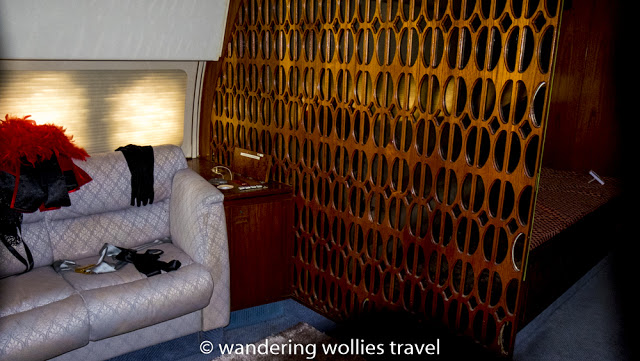 Eventually the aircraft was sold to an American company to fly their CEO and executives around the world and was leased to celebrities like Michael Jackson, who used it to tour.

As time went on the 707 failed the new noise level requirements of aviation authorities  and it was stripped of its gold inlay and other valuable fitting and remained unused for a number of years. When John Travolta heard of the opening of the Qantas Founders Museum he was responsible for it being donated to the Museum. 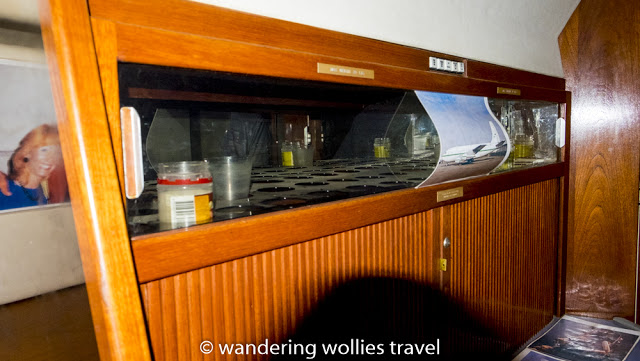 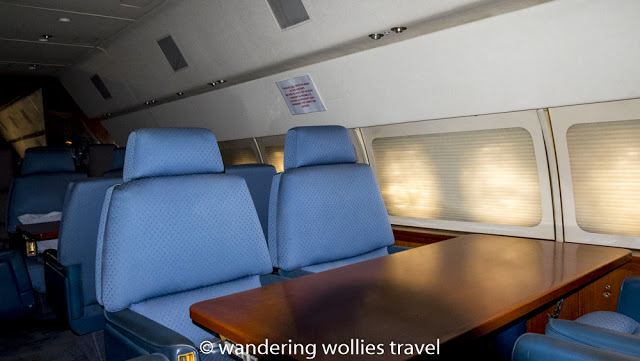